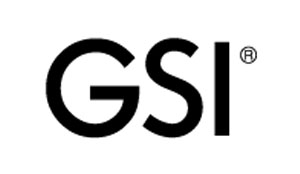 The company was founded in 1990 by the merger of 3 companies already operating since 1955, therefore, already in possession of all the know-how necessary to face the most demanding markets but above all proven by the ceramic tradition strongly rooted in its own territory. Therefore, the know-how typical of the traditional craftsmanship belongs to its historical background, to which, today, the use of advanced technologies for design and production is consistently supported.

GSI ceramica is one of the leading leaders in the Italian and international ceramic sector, an innovative company and a point of reference for the bathroom furnishing sector. His activity dates back to the origins of the production tradition of the ceramics district to which the company belongs, which has managed to face the challenges of the market over time. In this context, the founders of GSI ceramica have skilfully modeled the artisan tradition together with the irrepressible technological innovation in a process of continuous research and renewal, based on a work ethic and a system of values ​​that places it at the center of attention to the human dimension, and the know-how typical of Italian productivity.
Thus the fruitful relationship between entrepreneur, designer, worker and management has triggered a virtuous circle that allows us to offer products with a high quality standard, according to what has become the creed of GSI ceramica, “Italian Made”. Especially since the nineties the company receives the strongest push towards innovation, under the guidance of a renewed management, young and well-trained, which strongly believes in the development plan started, and which is pursuing a growth policy that in the near future he will see GSI ceramica as protagonist and interpreter of the good Made in Italy.

This area rich in history, the cradle of the ancient Faliscan civilization, dominated by the solitary majesty of Mount Soratte, has always fascinated poets, painters, hermits. A landscape that is sweet and harsh at the same time: the deep gorges carved by the waters, the contrasts between the red of the tuff and the green of the dense vegetation, the perched villages were evoked in the verse, on the canvas, in spiritual meditations. That earthly magic, that enchanted suggestion suspended between the yellow, the ocher and the emerald, have remained unchanged, and still kidnap the visitor.

Registration allows full access to all our technical datasheets