In the mid-70s, the company Perstorp Corporation (southern Sweden) faced a drastic decline in sales of its renowned high-pressure laminates. In response, in 1977 the company created a committee to draw up new ideas targeted to other possible applications for his product, no longer dominant. The group engaged in brainstorming was called “Idé-77” and drew a hundred ideas ranging from the bowling lanes to the balustrades of hockey, from bus shelters to silos for grains.
Idea No. 23
The idea No. 23 of the list of the committee was referred to as “Perkett – laminatgolv” (laminate flooring). It was one of the few suggestions which included a trade name potential. After further studies and trials, the idea No. 23 was finally given the “green light” and then, in the autumn of 1979, was put into production the very first laminate flooring, Perstorp, named Perstorp Golv GL80.
The birth of a new category
The innovation of Perstorp marked the birth of an entirely new category of flooring. A simple tip that comes from a time of adversity, took root and evolved over time – going from small companion product to a full division until you get to a separate company which took the name Perstorp Flooring AB, now known as Pergo. 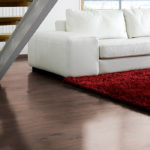 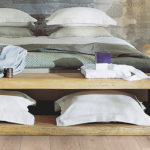 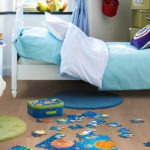 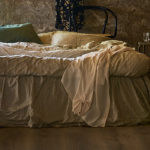 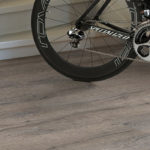 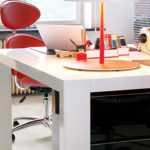