Today Sannini continues to be one of the most interesting companies in the sector. Its impressive industrial production employs the most advanced technology without altering, however, the particular naturalness of cotto and its precious simplicity. The rush to mechanization expressed at the beginning of last century is today the research of a technology which does not impoverish the culture of cotto but on the contrary, safeguards and heightens it.

Nowadays Sannini is one of the most important manufacturer in the field of cotto. Its imposing industrial production is based on the most advanced technologies without compromising the specific naturalness of terracotta or its precious simplicity. The vocation for machinery from the early 1900s continues today in the search for a technology which in no way impoverishes the culture of terracotta, but rather serves to protect and exalt it.In the last few years, Sannini has encouraged the study and experimentation of new products which, thanks to the utilisation of advanced technologies, are able to provide planners with “widened” opportunities for innovation in their architectural language.

It is a fact that several of the internationally most important architects have recently turned to the use of terracotta in order to clad the facades of important buildings, thus enabling the re-launch of a material which is rich in historic significance, as well as being extremely versatile in an architectural planning which can no longer choose to ignore advanced technology.

This material, which was among the most well-known in the past, tends to be used nowadays, apart from its primary, vertical building mass, more and more also for decorative and technical cladding purposes. It is this modified usage which has led to continuous evolution and research in the sector of its production; a process in which Sannini Impruneta has chosen to take a major role. 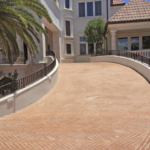 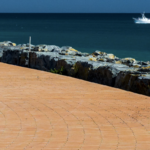 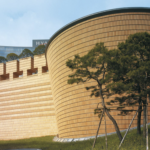